How do you feel about euthanasia and the death penalty? Different subjects I know but surely,  ethically, two sides of the same coin, what do you think? I was reading an article this morning and it got me thinking about the right to take life, either someone else’s or our own, and whether such a right should exist. I’ll explain what I mean……. 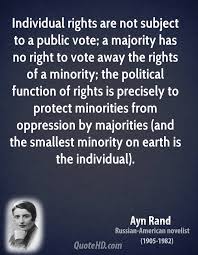 As Ayn Rand said “individual rights are not subject to a public vote” and I am a firm believer in this; each of us should have the right to live our lives as we choose so long as it is not to the detriment or suffering of others. This is the foundation for my conviction that euthanasia should be an option that’s freely available to everyone; no-one else should be able to dictate how we live so why should they be able to dictate when we die?

If we see an animal that is suffering we will end its life in the name of compassion and yet we will watch our fellow man suffer and do whatever is medically possible to keep that person alive. Do we have more compassion for animals than we have for humans? I wonder, if animals could talk, would we be so quick to end their pain? If they could express the desire to carry on living, despite what they were suffering, would we be so ready to ‘put them to sleep’, out of kindness?

If we would be more inclined to rethink our actions because the animal had been able voice its own opinion, surely we could rethink our attitude to prolonging human life at all costs when the individual who is suffering tells us that they wish to die? We can argue that there may still be hope, that there are treatments they could still try but we are not in their position, we do not feel what they feel so who are we to try to impose our will on them?

Some people believe that euthanasia in some way ‘devalues’ life; if we choose this path we would be carelessly throwing away something which has been given to us as a precious gift. This is an easy argument to make if you are happy and healthy but what if you spend every waking second of every day in unbearable pain? Is life such a precious gift then or is it just torture?

Some argue that it is not ‘fair’ on the families of those who choose euthanasia because they want to spend as much time as possible with their loved ones. I would ask is it ‘fair’ to ask someone to keep living in misery, knowing that all you are doing is delaying the inevitable? We are all going to die, that is an absolute, so if we cannot endure the suffering that the final weeks or months that a terminal illness can bring shouldn’t we have the right to decide when that happens?

It is for this very same reason that I am opposed to the death penalty. My feeling is that it is not the ‘right’ of the State to decide when an individual’s life will end. There are many heinous crimes committed where we feel that the instigator deserves to die but does that give us the right to take their life? 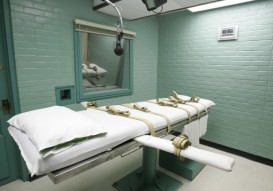 The death penalty is legalised murder; the act is pre-meditated and carried out in cold blood so what else can you call it? Just because it is done in the name of Justice, it does not change the facts. In places where the death penalty exists, the process is invariably long which means that the individual is subject to mental and emotional torture; some might argue that this is no less than they deserve as their victims and their victim’s families have suffered the same thing but do two wrongs really make a right?

One of the most commonly used phrases you’ll hear in the death penalty debate is “an eye for an eye”; if that’s really your argument then are you any better than the person that you are condemning? You are willing to do to them what they did to others without a modicum of understanding of their situation or the reasons why they committed the crimes that they did.

If you argue that some people are just born ‘evil’ and the world would be a better place without them, do you blame them for that, is it their fault? If a random genetic hiccup meant that they were born without the capacity to feel sympathy, to understand the difference between right and wrong, without morals, is that something they deserve to die for? It’s a given that they cannot be allowed to live amongst others as they present a clear threat but is it right that they should lose their life?

Whichever way I look at it, I believe that the right to die must be something for the individual and not for the State. What do you think? I know that it’s a pretty heavy duty subject but I’d love to hear from you

← How to Stay Motivated
It’s Only A Game →