When I was in my teens the plaintiff cry of ‘my bum looks huuuuggggee in this’ would be emanating from the changing rooms of Miss Selfridge and Top Shop pretty much every Saturday. Whilst, for us, it was a cause for much heartfelt sympathy and quiet reassurance, now it would seem to be a cause for celebration. Thanks to the media obsession with Kim Kardashian’s rounded, peachy and frankly gravity defying backside, it would seem that big bums are in fashion and, guess what, for around $10,000 you can get one of your very own.

Basically, cosmetic surgeons will suck out any spare fat that you have lying around (love handles seem to be a popular source) and inject it into your derriere. Of course, you won’t really be allowed to let your butt make contact with anything for a couple of weeks, you’ll have to wear a compression garment for six weeks and exercise will be off limits for about a month but afterwards you’ll have a nice high rounded hiney. Apparently about 60 percent of the fat will stay in place after the procedure and the rest will just wander off to somewhere else in your body. Oh, and one other thing, it’s also considered the most risky of all cosmetic surgeries; risk of death that it…..

If you don’t fancy any of that but would still like to attain the peach like orbs that a butt lift would give you, you could do a few specially designed exercises. The result won’t be as quick and your arse won’t inflate to quite the same degree but, it’s a lot safer than the sucking and injecting of body fat and considerably less painful. 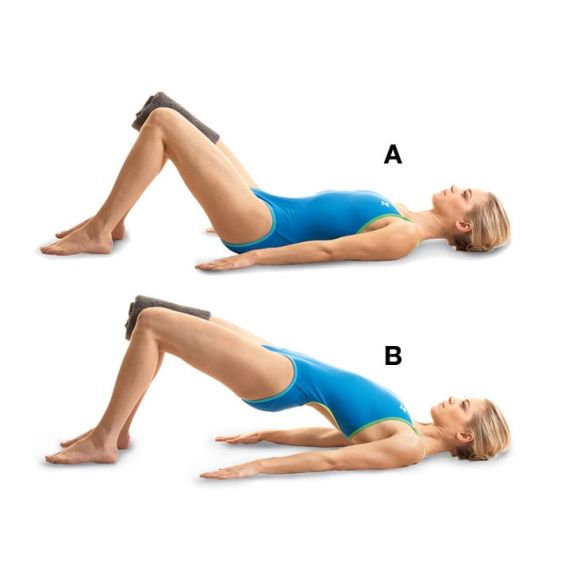 With Donkey Kicks you elevate your leg into the position shown in the bottom picture and then, keeping your foot flat, lift it towards the ceiling. It’s only a small movement but very effective in raising butts

Clams are a great way to get your butt working. They seem super easy at first but, once you’ve done 10 or so you’ll really feel those glutes!

Last but not least we have squats; they are not the most popular exercise I find but they do work wonderfully well at firming up those booty muscles as well as giving you stronger and leaner thighs.

The other good thing about doing things the natural way is that you won’t need to be forking out loads of cash to another plastic surgeon when you want all the fat sucked out of your arse because the media has moved on from Kim Kardashian and big butts are not longer a la mode!

← Is Woke the Path to Enlightenment?
Yes, We Are All Individuals →